Afternoon Tea is very on trend right now and at Dairy Barns we host a Champagne Afternoon Tea for all sorts of occasions from birthdays, anniversaries and even hen parties and it’s great fun to do. But …. it’s even better when somebody takes us out for Afternoon Tea so we don’t have to do the washing up!

The Duchess of Bedford is usually credited with introducing the idea of Afternoon Tea in the mid 19th Century, supposedly to “fill the long gap between Luncheon and Dinner”. It hasn’t changed much over the years and is traditionally dainty little sandwiches and cakes served on the best china.

For us, the ultimate afternoon tea probably has to be Afternoon Tea at Claridge’s in London in the splendour of Thierry Despont’s magnificent Foyer inspired by the 1930s’ heyday of art deco which is a very special experience. We loved it!

But when we’re in the area, we also love to pop in to Folly’s Tea Room in the pretty Georgian town of Holt where they serve tasty sandwiches with seasonal fillings such as local roast ham and Cromer crab and scrummy miniature cakes on beautiful vintage china. What a fabulous way to while away an hour or two!

Everyone should make time to enjoy afternoon tea – surely? 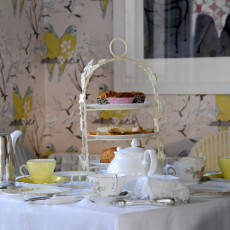 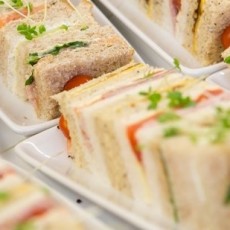 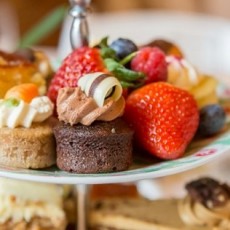